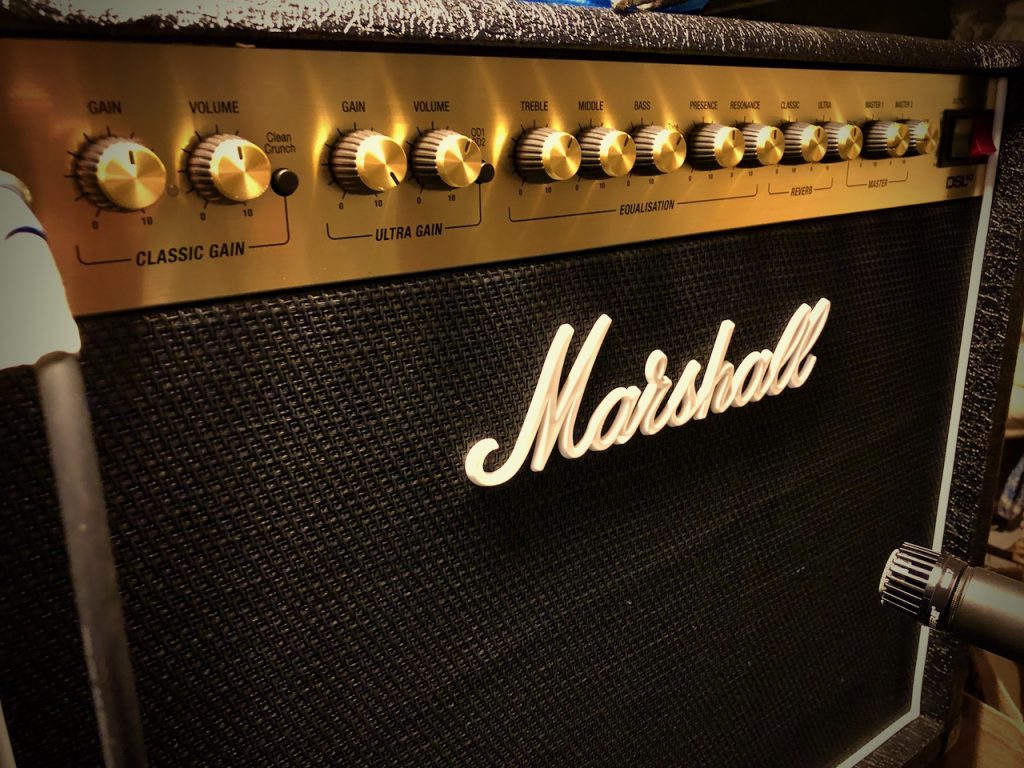 My last main amp was a 100W Fender Mustang III. For reasons I explain in this review of the Fender Mustang III I decided to look at some other amps. I wanted something simple that had a good clean, dirty and overdriven sound. Something not too big, that I could fairly easily take back and forth between garage and house, and something that wasn’t going to break the bank.

Just for fun I decided to look at Marshalls and see if they had any reasonably priced midrange amps. I didn’t want the hassle of a head and a cab even if I could get a cheaper cab somewhere. I wasn’t confident a cheaper cab wouldn’t water down the tone of the head. I wanted a tube amp but was concerned that they might be too pricey.

I’m glad I looked around because what I found was the Marshall DSL40CR. The retail price of about $750 was a bit more than I was looking to spend but the DSL40CR ticked off pretty much every other box and I was able to find a good deal on it.

Being 40 watt amp was a bit of a concern in terms of loudness, since I had mostly used solid state amps in the past. I knew that tubes get louder with less watts but I had to read a few reviews to be sure it had the horsepower. From what I read it sounded like the DSL40CR would easily stand up to a 100W solid state.

The reviews for this amp were amazing and the YouTube demos really blew me away. Great review by the guys at Andertons here. The sound that came out of this thing was amazing. Even in demo videos you could hear the growl. I was convinced this was the amp I wanted so I picked one up.

Upon arrival, I cranked it up a bit to see how loud it could go and I was shook by the sound that came out of it. This amp gets loud. It was like it was taunting me. Show me what you got kid.

The tone of the DSL40CR is just incredible. I was impressed at how on any level of gain you get really clear notes at the same time as really crunchy chords. It’s incredibly responsive to what and how you’re playing.

There’s also a wide array of tones you can get with the options. There’s clean, crunch and 2 overdrive settings as well as a tone shift button for the overdrives. With gain adjustments on each of them you can dial in many degrees between clean and really heavy overdrive.

Really nice feature is also the high and low settings to set the amp to either 20 watt mode or 40 watt mode so you can still get some nice gain at low volumes. Good for in-house recordings and garage jams.

Loudness is definitely no issue. This thing cranks on the 40 watt mode. And being that it is a tube amp the sound doesn’t degrade as it gets louder, unlike a solid state which has limits.

I picked up the 6 button foot switch for this amp and it’s well worth the money. I can easily change between tones on the fly. There is one issue in that there is a very brief pause between switching between tones. In some review this bothers players and I get that. For me, it’s not noticeable enough in a live setting to make any real difference and for recordings I don’t switch on the fly. If I change the sound I do a separate take.

Bottom line with this amp is the tone. It just sounds amazing. It has that awesome Marshall sound in a nice, convenient package. I have never had an amp where I’m not adjusting the sound here and there to try to get it just right. No matter what I play through thing it just sounds killer. I feel like it’s actually made me a better player because I can focus on what and how I’m playing.

Playing my Epiphone with this amp, I can hear the sound of all these great rock songs that I grew up with. Confirms the Les Paul + Marshall secret sauce. Love this amp. 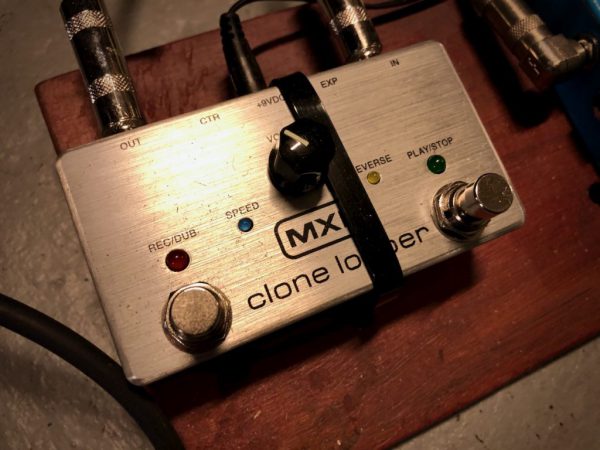 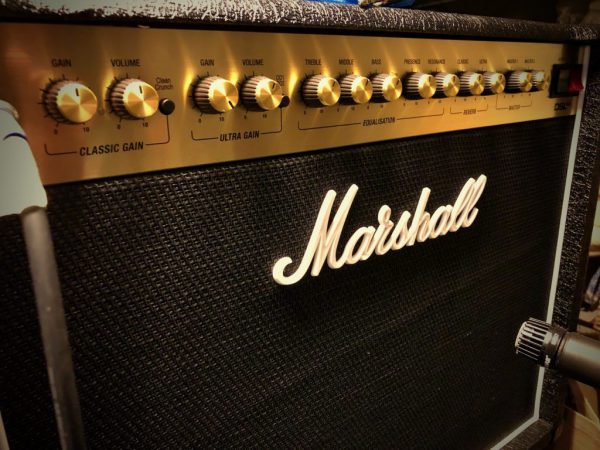